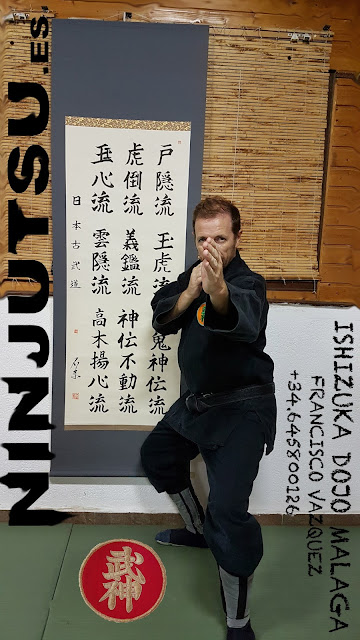 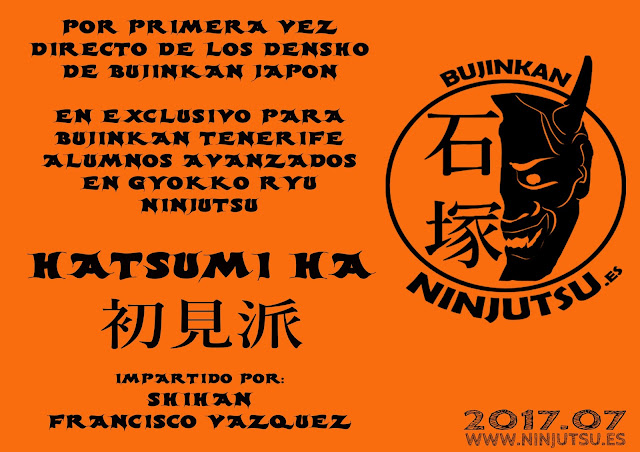 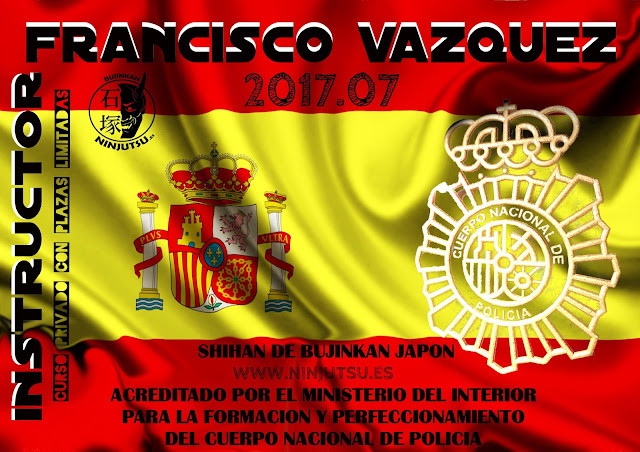 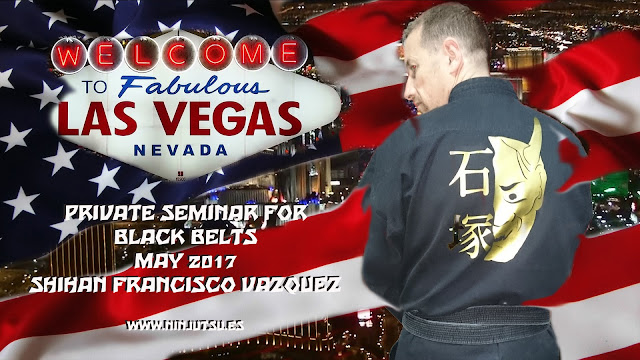 Showa 1988, August 8.
At that time I was 14 years old and one day
I was going by bus I saw a dojo of Ninjutsu, I practiced Shotokan Karate at that time I was blue belt.
I started then in the art of ninjutsu.
From Portugal, Rui de Mendoza brought from Japan to Malaga that art.
At that time London held  the first Taikai in 1990
followed by the first Taikai of Spain in Malaga.
In these taikai the technique of Shizuka Sensei
comparing it with other teachers was completely different, it felt different.
In 1992 I obtained the Shodan degree and trained here with Justo Sensei
and another 10 years with Pedro of Malaga.
In 1993 I trained during a year with Rafael Rodriguez of Tenerife
This person was the first shidoshi ho of Spain
and senpai of all current teachers
When I spoke with this teacher about Ishizuka Sensei
and his technique we agreed that it was completely different from the rest.
In those years I had many doubts
about the techniques that were taught.
That is why in 1996 for 2 months I made my first trip to Japan
to the dojo of Ishizuka sensei and all change.
I am currently in Bujinkan since 29 years
and 21 Years with ishizuka Sensei
All my techniques have been corrected by ogawa Sensei, Aida sensei.
In 2010 for two weeks, Ishizuka Sensei and his two disciples came to my house.
I only train the correct forms of the techniques like they in Japan.
Do you understand what I am saying?
If you want to become a good teacher you have to realize the original techniques, the real Japanese techniques without a doubt if they are not real Japanese techniques.